Yesterday, the Left Legal Fighting Fund, started by our founder Chris Williamson (ex MP for Derby North) won a major victory against the Labour Party at the High Court. The Party suffered a double defeat and the judge awarded costs to the claimants.

This was an important first step in a wider legal battle.

As you may know, the Left Legal Fighting Fund is supporting an ongoing group claim against the Party by grassroots members who have been unfairly suspended for lengthy periods of time. 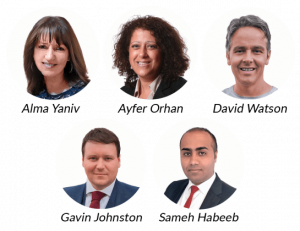 We congratulate the five on their victories!

However, after their cases were left unresolved for years, the Party exonerated Ayfer, David and Gavin at the eleventh-hour with no case to answer. This meant that their three cases no longer needed to be considered in court.

The Party had sought to deny Alma and Sameh from joining the group claim. However, the judge said that would cause ‘a duplication of costs and a duplication of decision’ and that it was ‘desirable’ for all the claimants ‘to be heard together’.

Labour’s legal team had also asked the judge to grant the Party a ‘preliminary issue trial’ in order to determine whether the court was even entitled to intervene in its disciplinary proceedings. The judge rejected that plea, as it would have driven up costs and caused delays.

In just two weeks, the Party has incurred costs of over £75,000 in respect of its own lawyers, and for the claimants in this hearing. Instead of needlessly pursuing this costly hearing, the Party could have used that money on issues that matter to its members.

The full hearing will be listed later this year at the High Court.

Whenever the Fighting Fund wins back costs, the team reinvests them to support others.

This court action has the potential to set a new legal precedent about how Labour treats its members. You can continue to help achieve victory by donating today.

If you are unable to donate at this time, please consider sharing the link across your social media channels, and informing your family, friends and fellow activists about the vital work done by the LLFF to secure justice for those who cannot afford legal support.